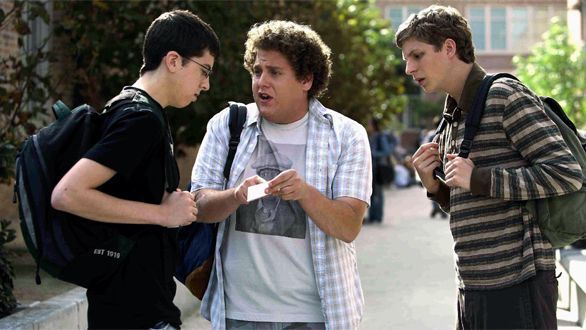 Traveling to a trade show as an attendee has a cost to it. You pay to get in, but you also have travel, hotel, and food costs. To add to that, let's not forget the opportunity cost of time away from whatever else you could be doing. Depending on who you send, it can end up being the younger members of your team struggling to find their way to the next breakout session. Or to the parties that night.

So how do you justify the expenses to yourself or to your boss? Here's the thought process and formula I used recently while attending HubSpot's Inbound conference in Boston. Setting goals beforehand took me out of my comfort zone (in a good way) and sharpened my focus.

Think About Your Goals Beforehand and Write Them Down

Writing that sub-headline gave me a "yeah, well duh," feeling in my head. However, doing it beforehand really changed the way I looked at each day.

My goal was the following:

That's a lot easier said than done though. How many people would I need to meet to make that happen? Well, there were 18,000 attendees, and I had heard, 80% of those attendees were prospects considering purchasing inbound.

Back Out Your Goals Like You Would for Sales Planning

Hitting revenue goals means knowing how many customers you need and what their average transaction size will be. So, I backed out the stages of the sales process I would need to meet to reach that goal.

140 leads! From noon on Tuesday until 3pm on Friday? So, 4 days. But wait. Tuesday is kinda-sorta a day at the conference, and Friday people are tired and many people will be flying out that morning and skipping the rest of it! So, really, I had 2.75 days to generate 140 leads. Out of 18,000 people. That's only 0.007 of the conference.

51 leads per day divided by roughly 10 hours of time on-site, between the conferences and the parties, was, 5.1 leads per on-site hour.

Except I had to take out time for the 5 sessions per day I was going to be attending. 4 sessions were 45 minutes, which was 3 hours of time. Another keynote was 1.5 hours. So now I was down from 10 hours of open time to 5.5. At this point, I knew one thing; if I was going to meet my goal, making time to go to the bathroom was completely out of the question.

The thing about Inbound is, a lot of people come as part of a group. I have no idea how many people came as part of a group or how big the average group size was. But I realized if I could spent 6.47 minutes with 4 people instead of 1, the odds of me reaching my goal would improve drastically. And as I looked around the vast open space that is the center of the Boston Convention and Exhibition Center (BCEC), I saw plenty of groups.

So I altered my thinking about who I would approach. If I just approached 8 groups of 4 people per hour, would I increase the odds of hitting my lead goal? My potential lead rate per hour was now (8 x 4) = 32.

My goal was starting to feel a lot more manageable.

That's right. "Optimizing the Execution." Talk about a marketing buzz word. My friend and former co-worker Ryan Grogan and I used to have a monthly top 10 ranking of our favorite buzz words. This one would have to be on it.

But I was seriously thinking about making the hourly goal happen. As a professional marketer, I thought I should have the answer for the best way to do this.

On the plane I wrote out some ideas. There were a lot of options, but I thought I would start with two that are fairly different from one another.

I went with a very vanilla and a very "shouldn't you already know the answer to that?" option. But I was curious what the response would be.

Alternating back and forth, I started approaching groups. I'd like to give you a very click-baity answer in, "You wouldn't believe what happened next". But after approaching 10 groups in total, 5 and 5, option 1 was clearly resulting in more engagement and a more genuine connection.

My hypothesis as to why? Option 1 opened the floor for more open-ended conversation, whereas option 2 was sort of a dumb question that asked for a more yes or no answer.

Spoiler alert: I did not hit my goal. But was my conference experience way more productive than it would have been otherwise? I really believe so.

Customers from the conference: TBD

In conclusion, I'll say that I'm not disappointed I failed. Nor am I ashamed to admit it. On my list of things I'm comfortable with, walking up to groups of strangers alone to meet people is pretty far down on my list. It's just not my strong suit. But that's ok. Know where your strengths lie, right?

I think if I hadn't taken a goal-oriented approach to attending the conference, I would have met probably 10-15 people. Instead I met 4-7x that amount.

Even if those 72 people distill down to just 1-2 clients, those average contract sizes will more than pay for the cost of attendance plus the opportunity cost of the next best thing I could have been doing with my time. So if you're attending a conference in the future, push yourself out of your comfort zone. Set ambitious goals, and see how much more value you get out of it than you otherwise would have thought.

If you want to hear first hand about my experience, you can listen to the B2B Growth Show podcast where I was featured as a guest!